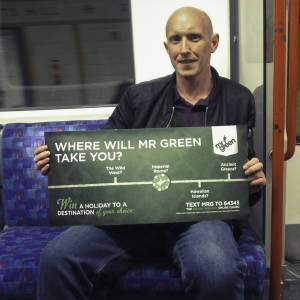 Up The Hammers - Me, Mum and Dad

Ok - Not taken today, and not taken by me....so how is this my photo of the day?

A few weeks ago me and my parents went up to the Olympic Stadium in East London to choose our seats and purchase our season tickets for when West Ham United Football club move in, in August 2016.
Everyone who purchased a ticket had the opportunity of having an official photo, which will be beamed 20 ft high on to the stadium prior to our first game!
Today, this picture finally appeared on the official West Ham site - so it is my picture of the day.

If anyone is wondering about my crossed arms.
West Ham's nickname is 'The Hammers'. The sign I am given is the crossed Hammers which has been used for many years by West Ham fans.