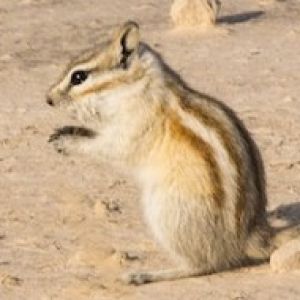 I went to Orana Park again today, hoping to photograph the gorillas.  However, it didn't work out, and I photographed other animals instead.  The gorillas were inside most of the time, as were the visitors.  I have included a shot in 'extras' that I captured when the silverback male came outside briefly, and the visitors (inside) became the subject.

Orana Park made the news today as a visitor was permanently banned from the park for disturbing the gorillas.  Apparently he was calling out to them and beating his chest in imitation of their behaviour, and continued after being warned by staff.  When he went inside the gorilla house where the animals are displayed behind glass, the two larger males charged him, banging heavily into the glass wall.  After the visitor was removed, the gorillas apparently settled down very quickly.

I had better luck with other animals.  Two of the Tasmanian devils were quite active, and as I haven't managed to get good shots of them previously, this was my choice for today.  You can see why they are called 'devils', with their protruding canines and red ears!  They are under threat in their native range because of a debilitating disease, so Orana Park is part of a breeding program to save the animals.

I couldn't resist adding another in 'extras'.  The young rhino I photographed before being slightly harassed by one of the adults.