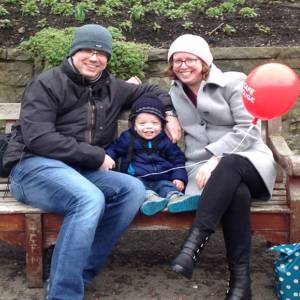 Cyclops and I went through to Glasgow for some lunch at our friend's tea shop Cup, followed by seeing a play.

The play was extremely well received, with most of the audience giving it a standing O and several curtain calls.

I thought it was excellent.

Basically it was a play about a man's experience of psychosis, and I thought it brilliantly captured the fear and confusion and paranoia that a person in that situation would feel. It was tense and terrifying. At several points I was genuinely frightened.

Few actors could pull off a role like that.

I wouldn't have thought it would be for everyone though, and I'd be interested to see what they have to say when it goes to New York in a few weeks.