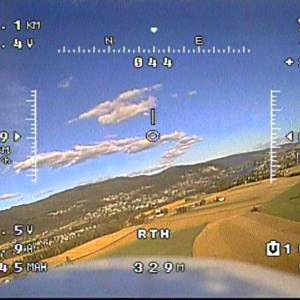 A grand day out.

Had a day in London with my eldest son James.
We went to the Science museum for the Cosmonaut exibition which was excellent and on the way popped into see explorer Richard Burtons memorial.
I tried to add a close up of the inscription but it won't go for some reason.  I'm sure if you Google him you'll see better pictures of his tomb and inscription.
(I've copied the blurb from the travel blog)
Ate a magnificent Persian meal in the evening and now I'm heading home to my lovely lady.


In the quiet churchyard of St. Mary Magdalen's catholic Church, an expedition-style tent marks the final resting place of Richard Francis Burton and his doting wife, Isabel Arundell. The eclectic design reflects Burton's life-long fascination with all things Arabian, but also incorporates Catholic symbolism important to his devout wife. Not quite a Bedouin or Arab design, the shape of the mausoleum is believed to be based on the tent that the Burtons shared during their stay in Syria. Through a small window in the back (which can be reached by climbing the attached ladder), their side-by-side caskets are still visible.
Burton was a renowned explorer of the Victorian age, a celebrated linguist and writer, and a scandalous translator of naughty exotic books. As a young man expelled from Oxford for horse racing, he enlisted with the army of the East India Company where he honed his gift for languages by learning several local dialects of Hindi, as well as Persian and Arabic. Ultimately he was said to have mastered some 29 languages. His first taste of fame came from his 1853 infiltration of Mecca in disguise. He solidified that fame in later years during his African expeditions for the Royal Geographical Society, pushing into the interior of the continent in search of the source of the Nile River.
in 1861 he married Isabel Arundell, who was to spend her married years awaiting his return from far flung adventures or following him to the edges of the map. The couple lived together in Brazil, in Damascus, Syria, and finally in Trieste, Italy, where Richard translated and published his most famous and scandalous works: "The Kama Sutra," "The Arabian Nights," and "The Perfumed Garden." Now widely considered to be erotic masterpieces, at the time they were received as pornography - although not without some enthusiasm from readers of a certain persuasion.
After Richard's death in 1890, Isabel famously burned many of his papers and at least one manuscript (another translation of "The Perfumed Garden"), an act she defended as being done to protect his reputation and legacy, but for which history has not quite forgiven her. In accord with his final wishes, she had his unique tent-shaped mausoleum built, with a stained glass window installed so visitors can look in and view the coffins inside. She also donated the Burton Memorial Window inside the church, somewhat entertainingly depicting three saints and the man who quipped, "the more I study religions the more I am convinced that man never worshiped anything but himself" dressed as a Christian Knight at prayer.

Isabel died in 1896, and joined Burton in his tent.