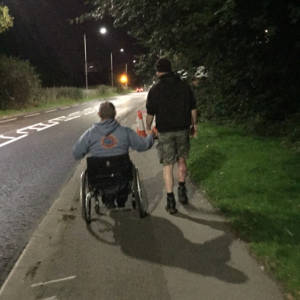 So I chose this theme but had no idea what to do for it. My mate Mary gave me an idea. As you'll know if you've been following my blips, I try and do something a little away from the obvious. Even though this was essentially Mary's idea, I developed it a little, excuse the pun. I've never been a worrier and many of my friends will have heard me say that worrying is like using an exercise bike, it keeps you busy but gets you nowhere. So, in essence, it's useless. Some worries are bigger than others, some people have lots of little worries. No matter what the size of the worry, worrying won't do anything. Do something about it.

That is my useless pic of the day. You're welcome.