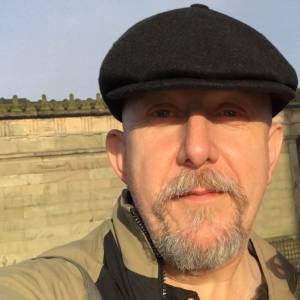 A day in the office after a lovely break, so it was the train again. I do love the relative calm of the train, especially as even more roadworks add to the mayhem of Manchester traffic.
If the government are serious about encouraging train travel though they really should look at the relative cost. My journey has gone up by 10p, not much admittedly but, if you already own a car, the train costs about a third more than the petrol and parking would.
I do it because my stress levels are considerably lower on those days and that's a price worth paying for me, but hardly likely to encourage mass train commuting.

On a lighter note my 'not drinking at home on weekdays' resolution lasted until 7pm, I did better than I thought I would with that one.