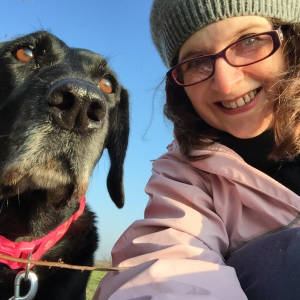 This is Dan Thomas.

He took over the torch relay duties from Jamie Oliver earlier today. I would have liked to have seen Jamie in a nearby village but we'd never have got parked & found pavement space for the main event.

The weather was glorious when I arrived at my brother's but the day went downhill. After standing up for too long (apparently) I had my first really bad labyrinthitis dizzy/fainting spell for a week while waiting for the torch to arrive. Not ideal in a crowded, rain-soaked street! Mum & my brother held me upright and tried to persuade me to go in somewhere for a sit down but I hadn't got that far to miss the flipping thing.

The dizzy spell passed with minutes to spare and I could enjoy the moment. I'm not at all fussed about the olympic games but it was quite emotional being there (though that may be my illness?!)

Link to blog with more photos: :)