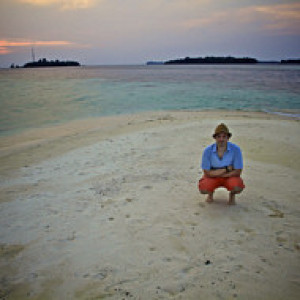 Alonso, on pole, is wheeled on to the grid by his pit-crew.

After all the anticipation of a washout on Sunday, the Formula 1 British Grand Prix was dry and bright, although it chucked in down about 20 minutes after the finish.

It was a race of Ferrari versus Red Bull strategy-wise, with Webber ending up on faster tyres for the final stint of the race, enabling him to close the gap and make a great overtake one Alonso for the win.

But a good weekend for both teams, with Vettel clinching 3rd, and a much-improved Massa coming in a credible 4th.

As for McLaren, a weekend best forgotten with a lowly 8th for Hamilton and 10th for Button.

A thoroughly enjoyable weekend at on of sport's great events. Until next year...