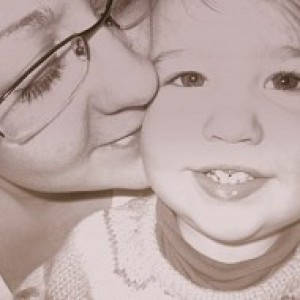 Thoughts of a Mummy

The girls loved having Grandad Rave and his wife sleeping over last night. There was a bit of fuss about where everyone was sleeping. Sheila had told the girls that she was sleeping in their beds and they could sleep with Grandad; but what she doesn't get is that they loved that idea!

The different languages is proving funny. This morning DM was concerned that Grandad had slept with the window open, but what she actually meant was that they had slept with the blind up. When we explained that to Sheila, she explained that it was ok because back home "your grandpa walks near our windows with his fanny out!". Now it was obvious to me that what she meant was his bottom, (even though we did snigger) but the girls were bemused as to a) what she meant and b) why we were sniggering. It was then that I had to explain to the girls what Sheila meant and then explain to Sheila what we use the word for.

Dad had the morning with my bro, while I did "light housework" - on my week 5 permitted list.

Mum and I had a lovely afternoon celebrating my cousins post baby shower. I giggled with both my cousins explaining just how important their pelvic floor exercises are ;)

Then an evening curled up with my big girl and little man watching BGT.