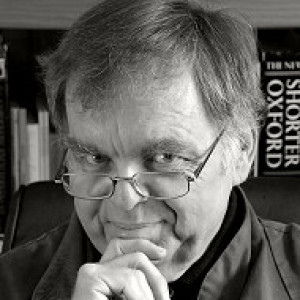 See yesterday's blip and please look at the above image in LARGE. I am fully aware that while many of you are already proficient at focus stacking and have your own methods, this is a new technique for many blippers. What I am talking about is only ONE of many potential strategies for focus stacking but it works for me. It is quick and simple. Feel free to ask questions. What I don't know, I'll make up. :o))

WHO IS IT FOR?
Focus stacking is potentially useful for people who like to take pictures of flowers, jewellery, handicrafts, food and commercial illustrations of small subjects. It is also wonderful for extreme wide angle perspective images involving (in the same picture) elements at the limits of close focus and also elements at near infinity.  While it is possible to employ focus stacking without using a tripod, best results (by far) will come by using one.  It is not a recommended technique for moving subjects such as birds, insects, flowing water or plants in a breeze.  It is not necessarily for people who like to utilise narrow depth of field image characteristics for artistic effect although there may well be occasions when using very close focus with full frame cameras, one might like to lengthen the depth of field ... just a little ... but might not be able to do so by alternative means.

WHAT ARE MY ASSUMPTIONS?
I am going to assume that you already know how to mount your camera on a tripod and fire off (say) four shots of a close focus subject while with each new exposure you move the focus point around to concentrate on features at different distances. In any event, an illustration of that appears above.

I am also assuming that you have SOME version of Adobe Photoshop Elements.  I have been teaching Photography for many years now.  I have not yet found a better or cheaper software compromise for use by amateur enthusiasts. It has innate flexibility given that it accepts a wondrous number of third party plug-ins. I now use PSE myself in preference to anything else. Unfortunately, PSE has never natively possessed the means for managing focus stacking.

WHAT IS NEEDED?
Successful focus stacking requires:
a)  multiple images of the same subject each focused upon different parts of the subject (see above)
b)  software capable of accurately stacking, aligning and blending the images optimising sharp focus

Two oft recommended software packages for focus stacking are Zerene Stacker and Helicon Focus but they ARE expensive. For the number of times when I will use focus stacking (every now and then) I probably can't justify $US200 for the pro version of Helicon or $US189 for the equivalent package from Zerene. Mind you, if you were going to do this sort of thing most days those excellent options might well be worth the money.

Anyway, I have lived what is becoming an embarassingly long life but I had never heard of Elements+.  More fool me.  It is described as "add on" software for the basic Photoshop Elements . Strictly speaking it isn't a plug-in as such. Instead it purports to unlock a lot of the redundant code which is actually already IN PSE  but which was locked off when the full version of Photoshop was de-tuned to market the Elements version. Versions of Elements+ which include the ability for focus stacking are available for PSE versions 8 or later. They cost (wait for it) $US12. After installation, a series of tools (referred to as "scripts") becomes accessible through the "Effects" window.  One of the scripts is "Focus Stacking"

Now no-one can guarantee that for your particular computer and set up the download/installation process will be without hassles. I can only tell you that for me, everything happened without difficulty or fuss. Just make certain that when selecting the correct Elements+ that you choose the correct format and version number to suit your existing copy of PSE.  After payment is made, and download is done, installation automatically follows. When you open your modified version of Photoshop Elements for the first time,  your computer system will faff around for a few minutes while PSE integrates the new code.

HOW DO YOU USE IT?
Step ONE: Open into PSE all of the files containing the differently focused exposures. (Examples above)
Step TWO: Open the "Effects" window. Choose the "Photo Effects" option, select "Elements+" and double click on "Scripts" which is an icon shaped like a scroll. A new window will appear. Double click on "Focus Stacking". Sit back and relax while the software automatically stacks, aligns and blends the images. It takes about 30secs or so. At the end, a new window will appear. It will tell you that all is done. Click "OK".
Step THREE: You will notice that during the process some slight edge distortions may have crept into the final image, probably due to final alignment corrections. Simply crop off the very edges of the image and you are finished. SEE A DEMONSTRATION.

P.S. My favourite version of PSE is still 10 and the instructions just above should be correct for it. When searching for the "Focus Stacking" script in later versions, however, you need to find an intervening menu called "Sharpen" within which you should ultimately find what you need:
i.e. Elements+/Scripts/Sharpen/Focus Stacking