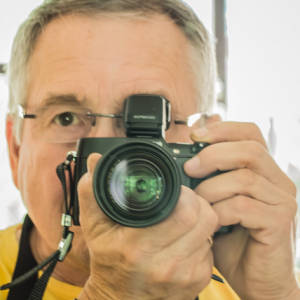 This isn't the first picture I made after I heard loud sounds, almost like the sound of a braying donkey. I ran with my camera to an open space at the park's pond. I couldn't believe my eyes. I made the first picture, but I thought while it is far from pleasant to see - and moreover not really sharp - I put the first picture as a second picture in the series in the extra photos section.

At first I thought the cormorant fought with a duck about a fish but then realised it wasn't a fish the cormorant had in its beak but that it was trying to slaughter the duck. In the main photo you see the scene after the cormorant noticed me at the side of the point ... and loosened the duck.

On the second picture in the extra photos section the cormorant leaves the "scene of crime", while casting me a withering look. The third picture shows the poor female duck in shock, motionless with the wings almost flat on the water.

Then it began to rain and I ran at home to protect my gear. The camera is splash water resistant, but the lens and the flash are not.

Thank you for visiting my journal, your kind comments and your supporting stars and hearts. Highly appreciated!