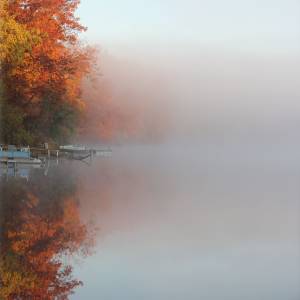 Cross-Country in the Rain

Over 45 years ago, Al ran cross-country for a coach named Duane Raffin.

Coach Raffin is a bit of a legend in our part of the state...and Al was on the 1971 team that won first place for the state of Michigan.

Coach Raffin started something called the Holly Invitational, a cross-country competition for the local schools.

Today, we were thrilled to see the HUGE turnout for what has become a premier event in our state...schools from as far away as Munising (six plus hours away) came to compete in an all-day rain.

Our grandson, Brody, is the orange blur crossing the finish line in his race, the second of twenty-one races held today.  He wasn't required to run in this meet, but he chose to because of his grandfather and the history involved.

Al and I enjoyed it very much, especially happy to meet Duane's son, Mike, (Al is shaking his hand in my extra) who was born the very year his dad's team won State.

And as we were standing there, a gentleman who was helping walked over when he heard Al's name, and he said, "I remember running against you!!!   You beat me a couple of times!"  45 years later....unbelievable!!!

It was so worth getting up before dawn and standing in the rain to be part of this amazing tradition!