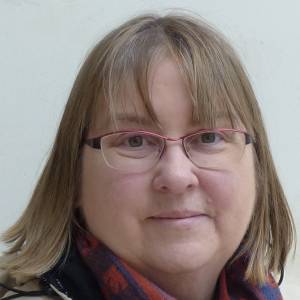 Big day in blip land. And I had plans... plans to lay out 1,000 old-style printed photographs and work out a pattern reflecting the achievement.

But I was simply TOO BUSY today, so instead I went to visit the grave of David Octavius Hill, one of the pioneers of early photography.

I pass his grave relatively often. It's part of a walking route into the city centre which I favour as it largely avoids traffic, and also the up and down bits of the route which descending to the level of the Water of Leith involves.

I thought it was appropriate today to choose an early photographer, but photograph him with my iPhone, and upload the photograph to Blipfoto to illustrate the differences which have emerged in the way we approach photography today.

There was a very interesting spider's web on the statue, which I'd probably have captured in more detail had I had my Canon camera with me, but I didn't so this is it: 1,000 blips since starting my journal with an uninspiring photograph of my oven back in November 2009.

As I walked into the city centre this morning, I reflected on the journey I've been recording through these photographs - and on my own dogged persistence in posting a photograph every day without fail since 15 May 2010, only missing about 10 days in total over the period.

I may come back to this entry and add some favourite picks over the years, but if you're visiting this space today - thank you for looking!