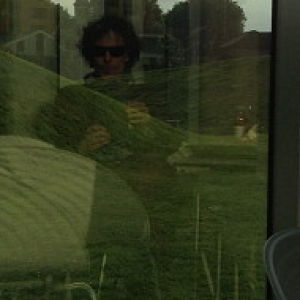 'Up & Down' by Eifman Ballet of St Petersburg

...'Boris Eifman, once the Bad Boy of Russian Ballet, is bringing his latest “scandalous” creation, Up & Down, to London in December.

This is the man who, in the early 1980s, shocked Soviet leader Leonid Brezhnev by presenting an entertainment at the Kremlin featuring music by the decadent and banned Pink Floyd. Brezhnev died shortly afterwards.

Thankfully Eifman is still vigorously alive and kicking and his new two-act show last Wednesday in St Petersburg showed little evidence of any ideological influence beyond the simple joy of dance.

Based on Scott Fitzgerald’s 1934 novel, Tender Is The Night, Eifman clearly relishes the face-to-face contrast of lunatic asylum and jazz club. Leading the action with a fine performance of social, moral and sexual breakdown, Oleg Gabyshev gives a worryingly convincing performance. He plays the psychiatrist, Dick Diver, dealing with the inmates of a madhouse, one of whom is rich man’s daughter Nicole (Maria Abashova).

She is a spectacular dancer, long and lean with that thrilling Russian attack, but what really rivets the eye are her feet. Perfectly placed on pointe, her extravagantly rounded insteps have a life of their own. Gabyshev’s psychiatrist didn’t stand a chance.

Zinovy Margolin’s adaptable sets sheer from blank backcloths to gray anonymous hospital doors through which demented patients are dragged for their lobotomy.

Then the Jazz Club hits you between the eyes – a juxtaposition of clinical horror and colourful animal energy that Eifman handles so well. As Gabyshev’s Dr Dick Driver  is slowly swallowed by his patient’s obsessions his drab little world is blown away in a hedonistic riot of colour, beautiful people and Gershwin’s Rhapsody In Blue.

Alina Petrovskaya’s film star in her scarlet evening dress will not easily be forgotten.

Eifman’s dancers have strong techniques and a thorough commitment to his principles: that dance is the answer to everything.

He has superbly refined the classical technique to movement as a means of communication everyone can enjoy. Even Brezhnev would have a whale of a time.'  Jeffery Taylor, Express