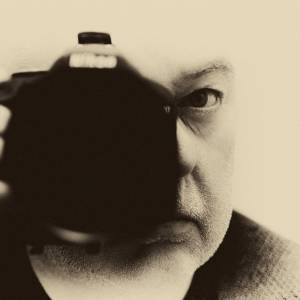 Today ended up by seeming much longer than it should have.

After dropping The Light of my Life at work, I went to search for a Chinese supermarket, of which there are several in Edinburgh, none known to me.

The first I found on Leith Walk, and indeed, the second.  Both firmly closed, locked and shuttered.

So working on the assumption that they would open at some time this morning, I went down to the docks to kill some time, and found a "Dazzle Ship."  This is an art installation, one of several around Britain. (Google Dazzle Ship Liverpool to see what they did to Gerry Marsden's favourite ferry across the Mersey!)

The light was not good at that time this morning, and the full splendour of the variegated vessel was lost on Trusty Nikon, so here it is rendered in pale sepia by Nik Silver Efex Pro.

I eventually got in to the supermarket.  It was a revelation.  I bought some sauces, nice pak choi, really fancy vinegar that Number One offspring absolutely HAD to have for a dish she is cooking tomorrow, the biggest piece of ginger I have ever seen, and some killer chillies.  Really, really killer bird-eye-sized chillies.

...and it was still only ten thirty.