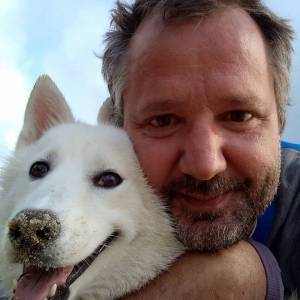 The force of nature in the Amazon was something that always fascinated me. I still remember vividly my first storm on the Amazon, when we were traveling upriver on an overcrowded ship. There were no cabins. People slept in hammocks. And when the storm hit the water, people began screaming and praying to whatever saint was closest to their anguish. School was over and my parents had come to spend our holidays in a small mission in the middle of the jungle. My father woke me up and took me to the bow of the ship. Holding tight to some ropes we watched the ship rise and plunge into the waves. I had never imagined that a river was able to produce waves of such might.
On another occasion we were traveling on the Transamazônica, a highway that cuts straight through the jungle. Back then, it was a simple dirt road. Trucks with heavy loads that didn't make it to their destination before the rain season started met their destiny in the "green hell", as Brazilians called it.
The Amazon taught me how powerless man is when nature releases its power. Lying in bed, I listened to the wind. hammering against the window and knocking down giant trees in the nearby forest.

(My life has, obviously, been very privileged. It certainly hasn't been boring. Many adventures, many breathtaking impressions have left their traces not only in my memories but also in my character. But the biggest privilege was growing up with different cultures. Diversity has been the most valuable of all experiences. It's not always easy to deal with people who think differently, who have other values, who don't understand you. But I can't imagine anything more boring than to meet someone who thinks exactly like myself. The fact that I am unique also means that every other person on this planet is unique. Every encounter with a person different from myself is a unique adventure. What can be more exciting than that? )