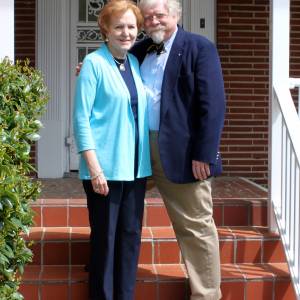 Today’s terrorist attack in London’s Westminster complex presented a stark contrast between the symbols of two competing belief systems. One based on love, the other on hate.

13 years ago this summer I stood with a group of students gawking at the living history that is Westminster—Westminster Cathedral, the Palace of Westminster, Buckingham Palace, Houses of Parliament, Big Ben, Westminster Abby. They are all right there, only a short distance from one another. Westminster is a monument to civilization and to the impact of Christian attitudes and values. That is when I took the accompanying photograph, 13 years ago, at Westminster Abbey.
Above Westminster Abbey’s doorway, filling niches that remained empty for hundreds of years, are the statues of ten 20th Century Christian martyrs. “They are representative of the major areas of persecution and representative of all continents in the world,'' said the Rev. Dr. Anthony Harvey, the then subdean of Westminster in a 1998 interview with The New York Times.

The ten martyrs are flanked by statues representing truth, justice, mercy, and peace, virtues on which abbey official said the martyrs based their lives.

Among the martyrs honored above the doorway are the Rev. Drs. Martin Luther King and Dietrich Bonhoeffer.

Today, a short distance away from the martyrs whose lives centered on love and civilization, four people died, more than 20 were injured.
The killer is not yet identified nor is his affiliation known at the time I write this—only that he is a man, about 40, perhaps of Asian descent, and he was a terrorist.

Speculation this afternoon is the man was the opposite of virtue, the antithesis of decency, a rejection of love.

Western Civilization has swirled around this part of London for a thousand years. Westminster is a daily tribute to England and the English roll in developing and promulgating a civilization and a culture based on concepts of Christian love.

Reaching the goal of a society or culture based on love is not always successful. But, in the tradition of the English, we never give up!