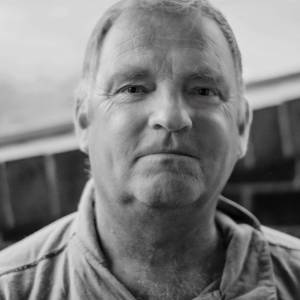 My day started being called out just before 05:00 for a burst water main. One of the Food Processing giants had low water pressure was the first notification, then the Police notified the After hours service of a street with lots of flooding and then kept ringing back to say it was worse, a simple answer to that nonsense was we will have the job under control and completed before the NZ Police can investigate a Burglary and we did. This was a beaut a large piece of Asbestos Cement Main had blown out the side and the saying water for Africa was quite apt. This was one of my off siders today bedding in the pipe with Pea Shingle. Job finished and home by 16:00. After all that I was watching a programme after an early dinner with MrsPuff and seemed to have missed the middle somewhere.