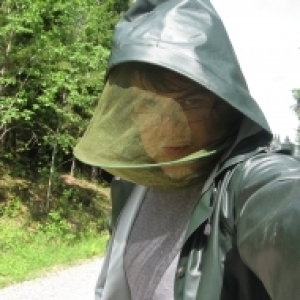 I've mentioned earlier that there's a "spot" at the local library where you can leave and take books for free. Yesterday I picked up a book called "Polar Attack", written by Richard Weber and Mikhail Malakhov, who in 1995 became the first people to reach the North Pole and get back to land on foot and unsupported.

At the beginning of the book there is what appears to be a signed author's dedication. It might be written by Richard Weber, but even if it isn't, I find it a bit intriguing to think how a book dedicated to a guy called Nigel in Wells, U.K. has ended up in a town in Eastern Finland.