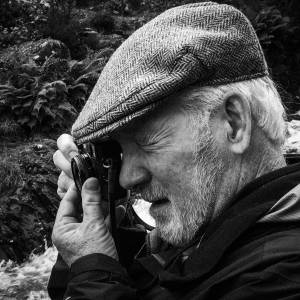 Tonight Gina and I saw a film at the Cucalorus Festival.  In its 23rd year, it is  a home for mostly independent films, along with some live theatre, dance, and this year a business component titled Cucalorus Connections.  Just prior to the film "Dr Brinks & Dr. Brinks", the host arrived on stage with a flutist and played a Celtic tune before introducing the lead actress and producer (that's the woman with her 10 week old baby), who spoke briefly about the movie.

The extra is a street shot from the Luna Caffe.