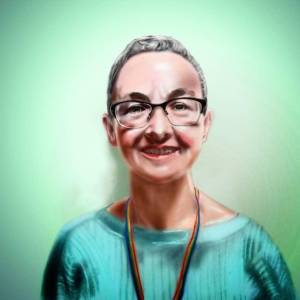 By work and by knowledge...

Quick snap of a motto and crest from the rather splendid wood panelled Council Chambers in Clydebank Town Hall. I was there for a meeting of the West Dunbartonshire health and social care partnership integrated joint board. (Now there’s a mouthful!) maybe another day I’ll feel brave enough to take a more obvious photo!

According to Wikipedia https://en.m.wikipedia.org/wiki/Clydebank:
“Clydebank District Council was granted new arms on 3 September 1975. This consisted of a red saltire on a white field for the ancient province of Lennox and for the town's more recent historic links to Ireland which previously used the same flag. The cog-wheel symbolised all the local industries and the demi-figure of Saint Patrick referred to Old Kilpatrick, a burgh of barony from 1672, and where the saint is reputed to have been born. A representation of part of the Roman Antonine Wall was included as the Wall and Roman forts at Old Kilpatrick and Greenhill were features common to the burgh and to the villages in the District. The lymphad (galley ship) was for Clyde shipbuilding. The burgh motto was retained. At the request of the district council, the arms were rematriculated on 19 April 1985 with the addition of a dove of peace in the centre of the saltire. The coat of arms went out of use in 1996 with the abolition of the District Council. In 1998 the successor West Dunbartonshire Council was granted very similar arms.”