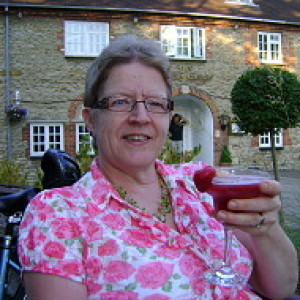 Taken from the House of Lords Terrace, Palace of Westminster i.e. the Houses of Parliament. Not a great night shot but the one that, for me, best captures the evening.

Previous to this we had a fascinating tour that included the magnificent Westminster Hall where many kings, queens and prime ministers have lain in state, and the House of Commons Chamber (which is actually remarkably small!). Unfortunately we didn't get to see the House of Lords as it was in session.

Later edit: There are more pics of Whitehall and Westminster Palace here.