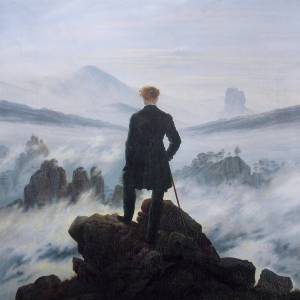 Every Picture Tells A Story

It's a funny old world...#1825.
Long ago and faraway (December 2017) I decided every blip in January would follow the theme of "Shadows". Turned out to be a bit risky as we've had some distinctly overcast days with shadows being thin on the ground (no pun intended!). However, I have recently treated myself to a flashgun and was messing about with it but getting nowhere with a decent "shadow" picture so I gave up and was going to blip a "sun through misty clouds shot" when I decided to load up what I had taken and see what they looked like on the  big screen. As I messed around with this one I realised that this was my blip 5th year anniversary so it had to be today's blip. Happenstance? Synchronicity? The mysterious working of the collective unconscious? Who can say? Certainly not me.

Evenin' All. Mind how y'go.