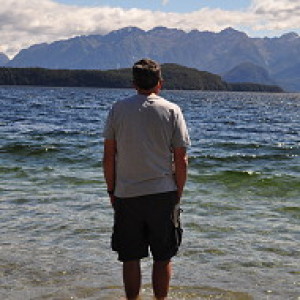 I used to subscribe to the late, lamented monthly music magazine, Word. As well as entertaining articles on all things musical, you used to get a "free" CD of recently released tracks by various artists. The CDs catered for a wide range of musical tastes but there were normally at least 2 or 3 on each CD that floated my boat.

At one time, I had all the magazines hoarded in the study but Tess eventually persuaded me to part with them, on the quite reasonable grounds that I was never going to read them again, but as you can see, I couldn't bring myself to part with the CDs: one of these days, I'll get round to listening to them again,- or that's what I tell myself! At least they've come in handy for a blip.

Off to a meeting about the proposed closure of our local library tonight. Plenty of words to be exchanged there I suspect.

The bill arrived from the plumber today for last Thursday's emergency call out: the words were fine; it was the numbers on it that were the problem.

Thought I'd leave the final word on the subject of words to this poem by Anne Sexton:

Be careful of words,
even the miraculous ones.
For the miraculous we do our best,
sometimes they swarm like insects
and leave not a sting but a kiss.
They can be as good as fingers.
They can be as trusty as the rock
you stick your bottom on.
But they can be both daisies and bruises.
Yet I am in love with words.
They are doves falling out of the ceiling.
They are six holy oranges sitting in my lap.
They are the trees, the legs of summer,
and the sun, its passionate face.
Yet often they fail me.
I have so much I want to say,
so many stories, images, proverbs, etc.
But the words aren't good enough,
the wrong ones kiss me.
Sometimes I fly like an eagle
but with the wings of a wren.
But I try to take care
and be gentle to them.
Words and eggs must be handled with care.
Once broken they are impossible
things to repair.