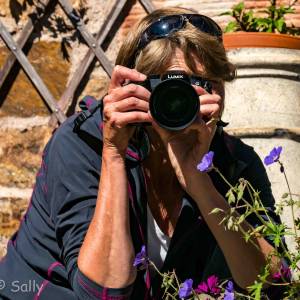 There isn’t much of it. All of it has been imported. There are 8,000 wild horses on the island, originally brought by French and Spaniards. There are small lizards, cattle, many stray dogs, a few cats, and rats from cargo ships. There are numerous hawks, brought to control the rat population (extra).

We did a very long hot walk along the coast to visit some more archaeological sites, and caves used by local families to hide in during the years when resources were scare and inter tribal warfare was rife. Then inland and along a scrub path making a circular route back to Hanga Roa. I demolished an ice cream and a bottle of water very quickly.

Another spectacular sunset from the restaurant we had a very good dinner at tonight in the other extra (fish carpaccio (aka tuna) and seared tuna with a crust of sesame seeds and black pepper, washed down with pisco sours and Sauvignon Blanc. Tomorrow, back to Santiago briefly before flying South to Patagonia.