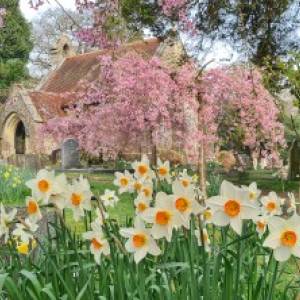 In the heart of Dorset.

Fabulous day exploring with the youngones!!

A recreation of Stonehenge made from tree trunks is set to remain in place in a Dorset field after being awarded retrospective planning permission.

Pub landlord Charlie Newman built "Woodhenge" in a field by the Square and Compass at Worth Matravers in June.

He was initially asked to dismantle his creation by Purbeck council as the structure contravened planning rules.

The council confirmed it can stay put for a further two years after which point it must be removed.

Mr Newman built the sculpture just before the summer solstice on 21 June on land he owns, but which is within an Area of Outstanding Natural Beauty.

He used tree trunks originally destined for firewood to make the structure, which is nearly 10m (33ft) long and 3.5 metres (11.5ft) high.

But following a complaint from a member of the public, council officers told Mr Newman it had to be removed.

Residents and tourists lent their support by signing an online petition and writing to the council, stating Woodhenge was "a much loved and valued addition to the village".

Mr Newman said he wanted to see the creation stay for at least a couple of years as, being timber, it had a "limited life" anyway.

I personally hope it stays. It's a fabulous creation. One that must look stunning at different times of the day and year x