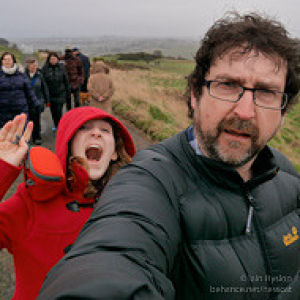 The First Cut Is The Deepest

Well I hope not... maybe in my wallet.. so my beardy days began in 2006 and since then I've probably had about 4 trimmers, making this the fifth. As I am never in a hurry to trim, just as I was never in a hurry to shave, they maybe get used once every 4-6 weeks, which is probably not good for battery usage. So they were usually replaced when the battery had given up the ghost... and I really squeeze the last bit of juice out of them.

This time I have struggled to find similar trimmers with the option for a longer beard... 1cm is the limit of most, so I have changed brands and now have the option of 3.5cm!!! Woah! As we may get marooned on a desert island in the summer (seen Lost?), I better get practicing shaping the longer beard me thinks rather than the ragged look.

Yes, I know, this is far too much beard talk for blip, I'll get my coat.