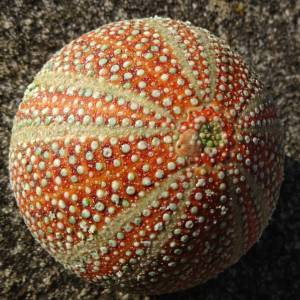 A major re-development of traditional buildings (originally a large dwelling house, stores and offices) was completed in 2007.  The building conversion has maintained the historic charm of the original buildings.


Here, more traditional buildings are reflected in the modern windows of the gallery.


The Pier Arts Centre in Stromness, Orkney was established in 1979 to provide a home for an important collection of British fine art donated by the author,  peace activist and philanthropist Margaret Gardiner (1904 - 2005).
The permanent Collection includes works by major 20th Century artists Barbara Hepworth, Ben Nicholson and Alfred Wallis, amongst others, as well as contemporary art by Sean Scully, Eva Rothschild and Olafur Eliasson.  The Collection also includes local artists including Sylvia Wishart and Stanley Cursiter.
Although small, it is regarded as one of the finest collections of the period in the UK.  A Recognised Collection of National Significance to Scotland, key works are regularly loaned to prominent exhibitions around the world. The Pier Arts Centre is also a partner of Tate, and exchanges programmes, ideas and skills with the Plus Tate network of visual arts organisations across the UK.