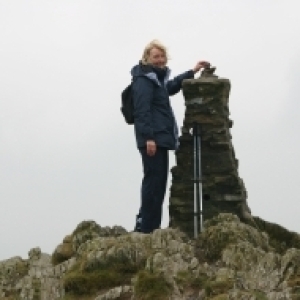 An unpromising start to the day eventually led to the sun appearing. Hubby was you know where so I set off, more in hope than expectation, to find butterflies. This Orange Tip was whizzing around possibly looking for a mate. I thought it would not stop but it did to refuel and was then off again at full speed. Further down by the Beck I found Peacocks and Speckled Woods. I was just taking the extra when hubby appeared! He had been driving back along the main road and spotted me lurking so he pulled in and parked up. I declined the offer of a lift home and I actually got home before he did!