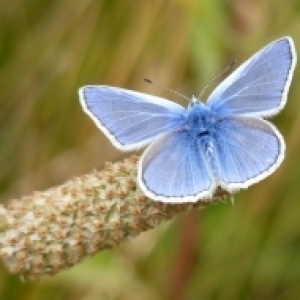 We hope. Unless it's an Eastern Subalpine Warbler, but we've seen neither of them before anyway.

It was going to be a day of local bird watching (and knitting) but then this bird was reported for a second day at Duncansby Head near John O'Groats, so it was off North instead. The fog was troublesome most of the way up and lingered on the cliffs until the afternoon, but we got excellent views of this little bird. And then the sun came out and made it even better, the lighthouse even appeared.

It must have been a good day as G even relinquished the car and I was allowed to drive home.

UPDATE: Yes, it is a Moltoni's. Happy days.