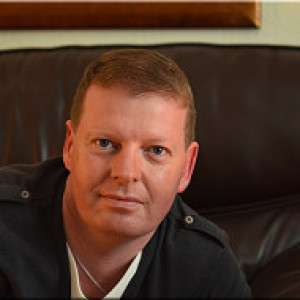 After a great nights sleep (I did have the luxury of an inflatable mattress topped with a memory foam mattress topper!) I guess that's why camping these days are now referred to as glamping... Omelette for breakfast, showered and off!

My first call of the day was Portpatrick.... The drive was very light but surprisingly the Port was very busy! What I had noticed though, was the accents here were mostly Scottish.  So is this place that surrounding locals visit on a weekend?  There was a lot of eateries.

My visit here was brief, as I wanted peace and quiet.  I headed further up north along the west coast driving on unclassified roads which was great until you came head to head with another car.  I was the one that would end up reversing to a passing place, it wasn't a problem (just as well I love driving) I could see a lighthouse in the distance and just simply followed my nose and I found it! :)

The lighthouse is still a functioning lighthouse but also it was a hotel.  I had a cup of tea and some homemade shortbread, went down a treat.  I was the only one there and had the whole place to myself. I sat on the coastal rocks and just lost myself in the pure tranquility of it all.  Absolute bliss!

I had to drag myself away from here and I made my way back to Newton Stewart to grab myself something to eat before the supermarkets closed.  In Scotland the Sunday trading hours do not apply as they do in England.  So Sainsbugs was open till 7pm and just made it.

I knew I was going to end my day and weekend away with a visit to Port William for my sunset shot (Extra photo) I made it just in time and only had literally 10 minutes before the sun settled for the day.  I drove back to Garlieston and sat at the harbour for a while before returning to my tent, wishing I had a bit more time - the time spent was extremely enjoyable and the weather was a bonus.  I was burnt, especially the backs of my legs...  I look forward to another trip back someday.