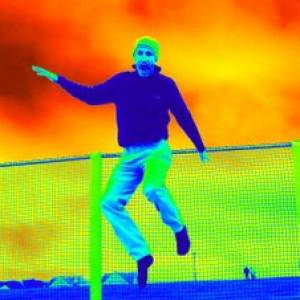 Allegedly the largest living thing on the planet is a honey mushroom network which covers several square kilometres in the US somewhere.

At the top end of Spring Wood I suspect the same insidious invasion of the tree-eating fungi is going on. Every October they erupt simultaneously from their subterranean lairl to engulf another generation of hapless hazel and sycamore.

The network of rather creepy fibres invading this sycamore stump is visible beneath the bark.