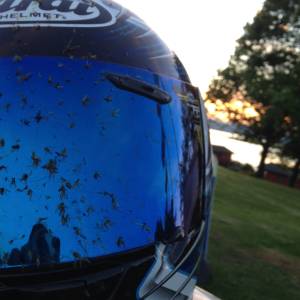 The British Talent Cup was created to nurture the next generation of racers, and yesterday the inaugural championship was won by 17 year old Rory Skinner from Perth.

I first saw him race at Knockhill back in 2013, when he was only 12 years old. Although he didn't finish that race, it was obvious right from the off that he was going places. I've been following his career since then, and was really chuffed when he clinched the title with a second place finish in the final race of the season.

Remember the name, because this guy has what it takes to go all the way.