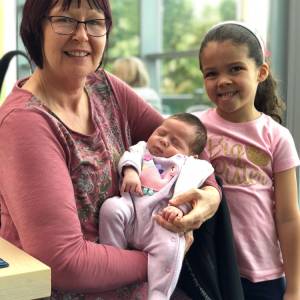 Tuesday night as I lay down in bed the whole bed appeared to spin around. I hadn't been drinking and just put it down to a late night! Every time I turned over the world also spun again.  When I got up Wednesday morning I fell back down as I started to get up and the earth spiralled again. I was fine during the day until the same thing happened last night.
I did google my symptoms and came up with vertigo!!! I felt I've had a cold/snuffle  for a few days and my sinuses were blocked. I knew it was something to do with the semi circular canals!
I decided I would go to pilates and everyone including a GP diagnosed me with labyrinthitis. During the session it happened again as I went to lie down worse than ever so I sat up. I was advised to ring the doctor. I did see the doctor and he said it would pass off and didn't give me anything. At pilates they suggested travel sickness pills so I bought some.
I've tried to show how I feel when I lie down with my still life abstract!

Thanks for all the stars and comments on my blips, I didn't take one photo yesterday so no blip!