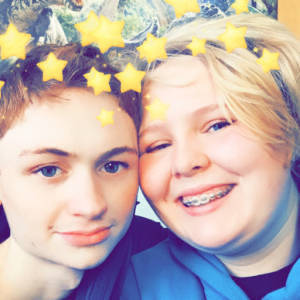 Up early, no breakfast in the hospital and immediately asking the nurses when I could leave I had to wait a little longer than I wanted but I still got out with medication and discharge letter at 9:10, where I immediately burst into tears on the way to the bus stop. On the bus I finally got to listen to my music again, Africa by Toto was naturally the first song I played.

Crying on/off on the entire busride to Stratford, I had an hour to kill waiting in the station for the train so I finally did get something to eat and some iced tea. Only half an hour to Chatham where I was gleefully picked up by both parents and honestly I've never been more happy to see them. Whisked back to the hotel for a shower and then off again to take Joshua's car to be "looked at" with a firm eye by the car people at halfords. I don't know a thing about cars, so everything Dad talked to me about after they phoned him went totally over my head but I did nod attentively!

We walked around Rochester and Strood, one is gorgeous and historic and the other is, well, Strood. I did manage to post some outstanding Christmas Cards I wanted to send from before my hospital stay though which was a win for the day!

Picked up the car after two coffees (Starbucks and Costa), then back to get Josh from the hotel and wonder out for a birthday dinner. Josh, now being 18, drank his way through a few beers and a cocktail while I stayed resolutely with my Sprite. I feel blessed to have such a caring family around me.