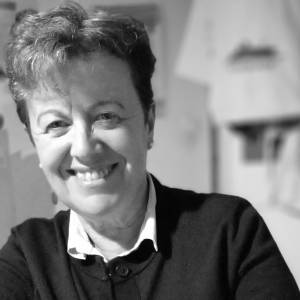 This morning while I was travelling to Granada on the tramway, an 11-year-old girl, Alejandra, asked me if she could read a tale to me, she also explained that this 'reading to passengers' was all part of a project that her school and other schools in the area had were carrying out in collaboration with the Granada tramway to promote Reading on Dia de la Lectura en Andalucia.
Of course I was willing to hear her. It was a funny story about Christmas. When she finished, she gave me a copy of her tale.
A few minutes later another pupil, Luis, also offered to read me his tale, and he also gave me a copy.
Surprisingly when Luis was ready to leave,  his teacher, who had been supervising all these readings,  came near us. He said to Luis, - This lady, here, is an excellent teacher.
He continued, - Her husband was my teacher in my secondary school and I keep very good memories of those years.
Luis was surprised and so was I. I could not remember his face or his name, but he said that in fact I had not been his teacher because at that time he did French not English, but Pedro had been his maths teacher and he knew we were both very good teachers.
He explained me this Reading Project with more detail.  He said the schools had organized a Tale Contest and these pupils on the tramway today had won  the contest and were reading their own tales to us.
I told him that Pedro and I were both retired and I asked him about his life as a teacher now.

I am happy when my former pupils greet me now. I feel I did something important for them.