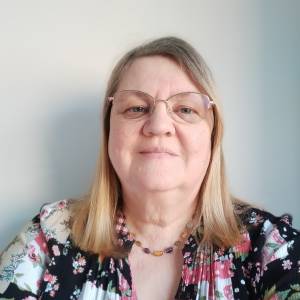 We had a good day with my Dad and I got the hang of his oven eventually and the meal was declared a complete success, which was a relief. We had mince pies with brandy butter and cream for dessert (my Dad is not a great fan of Christmas pudding as he finds it too heavy). This is his happy grandson after lunch!

We watched Strictly, which was okay, and then Michael McIntyre, which was hilarious as usual. On getting home, hubby said he wasn't feeling well, went to bed early and spent all of Boxing Day in bed with a flu type virus. He really does look awful!