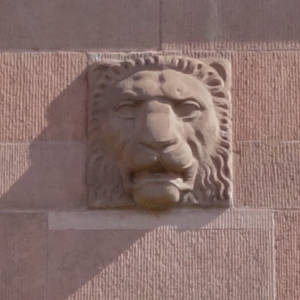 ...is a historic streetcar train from the 50s, named after the titular character of a 1841 issued and locally played farce by Ernst Elias Niebergall, which is written in the broad south Hessian dialect and full of dialogues over drinking and scrounging. The train carries max. 51 and may be hired at € 550 for a three hours tour on the Darmstadt railroads. Catering can be ordered separately. Here the train passes our home on its way from the Eberstadt train yard to the city centre.