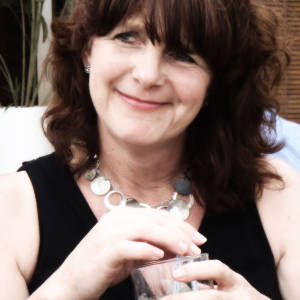 I managed to sleep more than expected on the Sleeper Train despite being woken at one point by rain absolutely hammering against the carriage window, the inevitable roller coaster part of the journey around the Scottish border and the Carstairs junction-bad enough during daylight hours but feeling much worse when lying down in the dark.  We were up and dressed ready for coffee when we found out that the train was running 45 minutes late-we could have had a lie in-and were regretting not ordering a bacon butty.  Had the train been on time we thought we would have time for a full Scottish in Aviemore but it wasn't to be.  After lovely views of Rannoch Moor and snow, we arrived just in time to run up to the hotel, dump the cases, head to M&S to grab a sandwich breakfast and then Neil McIntyre collected us to take us to his Red Squirrel hide.  Paul and Andy (a professional photographer who had joined us while his wife was on a course at Glenmore Lodge were put in charge of ensuring that there were plenty of Hazelnuts for the Squirrels.  Fabulous morning-lots of photos taken-the weather was dull and quite windy but not as bad as originally forecast thanks to Storm Erik moving through quicker than expected.  Back to Aviemore with Neil, cases unpacked and then on to the Druie cafe for lunch-Cullen Skink for Paul, Carrot and Coriander soup with a warm cheese scone for me-delicious.  A walk to a still partly frozen Loch an Eilein through the woods and then back to the hotel.  Cairngorm Hotel for tea washed down with Stag from the Cairngorm Brewery just down the road and back to the hotel for the best night's sleep I've had in a while.  Heaven.-apart from the girls not being here (she adds quickly)