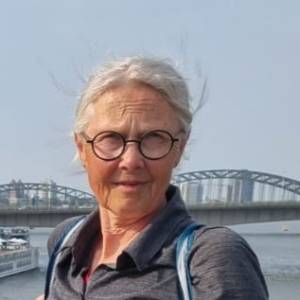 Once upon a time, there was

Between the grass on the edge of the compost heap.

I have been reading a book about Neutral Moresnet, a condominium that existed from 1816 to 1920. It's northern point was on top of the Vaalserberg at the Three-Country Point, where the borders of Belgium, Germany, and the Netherlands meet. It's not far from where we live. Neutral Moresnet was an area that remained undivided after the defeat of Napoleon. That situation did not come to an end until 1920.
We often cycle through the small (former) country without knowing anything about it. Now, having finished reading, I would like to walk along the 12 kilometer long border.