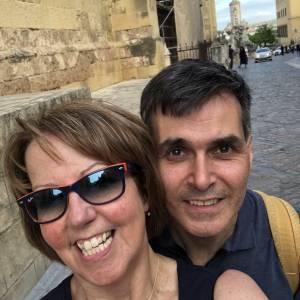 Usual hectic Thursday and as such a nice day walked down for Ben from school and back up the hill home. Loads of chat about the school day and how they were out circling dog poo in the school vicinity with white stuff from an aerosol can. One of my pet hates is ignorant lazy dog owners who let their dogs shit wherever!

Later at home I was folding some clothes from the airer and Ben comes through with his hair all wet saying that he was Jack from Titanic and he was soaked through from trying to escape. He also showed me how strong he was by lifting my dumbells and then it was if he had a six pack when he tightened his stomach. All I saw were ribs as he’s skinny!

He’s got the sweetest eyes of blue and looking angelic in this photo......