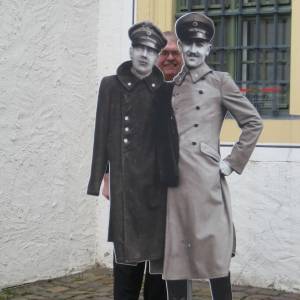 by the Four Tops

Early in the morning, it was still -5C, and I noted that the fresh water had been used. Took the bucket and walked towards the well, but suddenly realied that the big round object on the path was not a large stone but the "cottage hare". Slowly backing up and getting the camera - and this is the result. The sun had just risen and the sunlight would soon reach the location of the hare. Decided to skip the water for some time, and when I came back 2 h later, there was no sight of the hare.