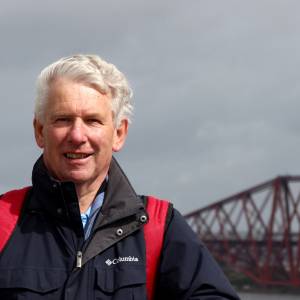 In spite of a rather gloomy forecast we woke in Findhorn to a lovely sunny morning so after buying a Sunday paper I headed up one of the many lanes to the pier. The bay was flat calm as the blip shows and the extra was taken looking in the opposite direction.

Later in the morning we were joined by friends and enjoyed coffee and spiced apple scones at the Captains Table sitting in the sunshine watching yachts, kayaks and a small schooner out in the bay as we looked across to the Culbin Sands.