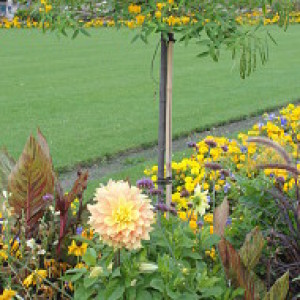 This was my favourite painting in the exhibition "Rouge" (Soviet art) that we saw today at the Grand Palais. It is by Youri Pimenov, who was influenced by Renoir  (according to the wall tag). It was an interesting show. In addition to the room about Moscow in the 1930s that this painting was in, we also really liked the photomontages by Klucis and paintings of Soviet athletes.

We walked to the Grand Palais and back, stood in line for quite a while to get in, and it was a huge show, so we glad to sit when we got back.