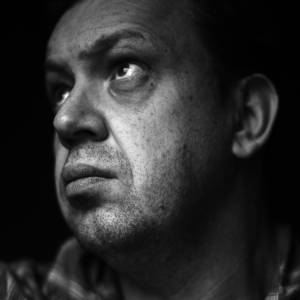 Through a window, blurrily

Once again a day of running behind things to try and make them work out. I did get a new computer and my old hard disk back, so I've lost nothing, but I had to reinstall all of my software. It's a pain in the back (as if I didn't have enough of it already at the moment...) but at least things are getting back to normal. Well, except for my translating software license, which I can't seem to detach from my old, dead pc to attach it to my brand new one. Working on the trial version for the moment. Hopefully I'll find a way to activate my license in under 30 days!

I'm talking rather a lot with my sister at the moment, or at least more frequently than I usually do. That's because, despite being a younger sister, she's protective of me (I am of her, too) and at the moment she is as anxious as I am to have news from the surgeon and my upcoming operation. She suggested, as I still had no news despite my several voicemail messages and emails, that I write to my neurologist; maybe she'd have better luck. I sent an email on Tuesday morning. On Tuesday evening she answered saying that she had talked with my consultant and he would call me "in the very near future" and she proposed a new way to try and alleviate my shoulders-arms-hands pain. She even emailed me the prescription document.

Now, I'm very happy that this has happened. But I'm just very lucky in the fact that she apparently is friends with him. Otherwise I'd still be without an answer at all (I've not gone far from that yet, but at least my file has probably gone up a few steps in his pile of patients to call). I still think their communication is appalling. How difficult can it be to send a reply to one of my emails just to say "sorry but Dr A. hasn't yet decided on your procedure" or "we have difficulties finding a bed for you, as you'll be staying on longer than most patients" (he told me he'd keep me a week, when most patients are only in the hospital for three or four days after my kind of procedure - he doesn't want complications to arise just as I arrive at the physio centre, or the day just after). How difficult can such a small thing be, and it'd make their patients' (I suppose I'm not the only one waiting for an answer from their consultant) lives so much easier... Or just don't tell your patient when you see them that you'll call them back in the next fortnight then leave them without an answer for more than a month! Oh well, now I hope it's not going to take him another month to call me. Anyway, if I haven't heard from him by Tuesday (a week after he said he'd call me very soon), I'll send another email to my neurologist.