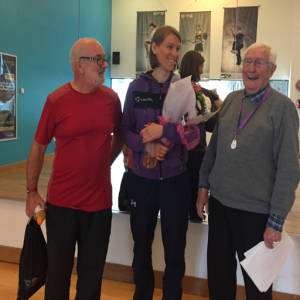 Well I was warned by David and Sylvie Coleman who sent me some seed they saved from pumpkins they grew last year: “Growth is rampant and give them plenty space.” At first growth was slow and I thought I had left too much space between the pumpkin plant and courgettes I was growing. How wrong could I have been with the one plant having more than 6 “branches” each of which has rambled more than 20 feet. It has outgrown the space I gave it and is now growing through the allotments hedge and fence. Leaves are about 3 foot across and it’s flowering vigorously and has set more than 20 apple sized fruits. How big will they grow? Only time will tell