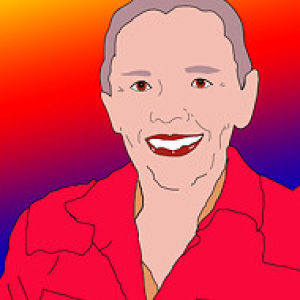 Woody is pleased to at last be coming out of the dark and hopes to be used more often!!  He's very patient!

This morning we woke them all up with just the right amount of time to get the three out of the house plus bags, sandwiches, water and having had breakfast.  We had been up till midnight having an uproarious game of 5 crowns and then Balderdash!  some of the definitions were so funny!

As the group from America were arriving just before our lot were due to leave Manchester Piccadilly Ro dropped us off at the airport and we then took the train to MP!

conversation at the station:
me: there's the queue for the tickets!  Are you still a half? Yes? that's one adult and two halves then.
them: why don't we get it at the machine?
Me - looking at the queue: ok but you do it I'm hopeless on machines.

They go through a long rigmarole of pressing different buttons and screens.  Up flashes: This ticket cannot be issued at this machine.  Please go to the counter.

And the counter charged £2 less!

We had a through train to Piccadilly and just had time for me to buy some drinks for them and they were comfortably on the train to be met at the other end by their parents.

Home and I've dried a first lot of washing and some towels are now out!  The sun is shinning and Ro is preparing dinner!!

I haven't seen the babies yet but I expect they are very jet lagged!

Woody came to the rescue as this morning I was determined to have a fully charged phone and finally forgot it!!  No camera taken as I had my phone!

This is a go at a colour Pop.  Seen some good ones on Petralpa's journal.