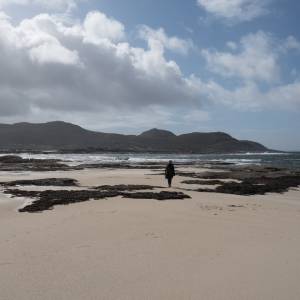 We had a few errands to run in Perth today and decided to make a day of it and (prompted by Tweedy's post earlier in the week) treated ourselves to lunch at the North Port restaurant which was very good indeed.

One of our errands was a visit to Lakeland to return our soup maker which had developed a fault. What a contrast in service compared to my recent experiences with John Lewis*  !  Lakeland exchanged it there and then - it couldnt have been simpler. I know which store I'll be returning to.

*which are still on-going.  I have received an email saying the iPAD is back from repair but with no details of what the repair was, if any. I will collect next week - fingers crossed but I'm not overly hopeful.