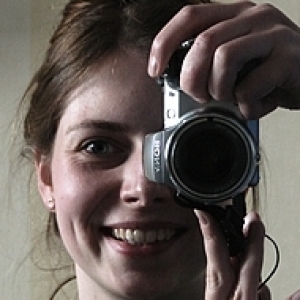 Escher in the Palace

Yesterday I went to Delft for a graduation party of a friend (from the masterclass I took last autumn). I stayed the night at another friend's place and took the opportunity of being in the west of the Netherlands to visit the Escher museum in The Hague. A group of about a zillion school kids arrived just before me, but I just did the museum in opposite order and that worked out fine :)

This was one of the interactive parts of the museum (they've got lots of stuff for kids to try out) and you could see how a reflection in a ball distorts the world view, which Escher used for an SP.