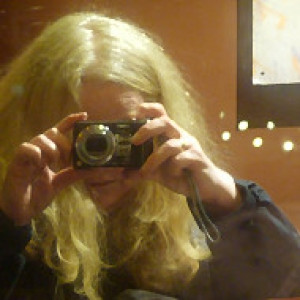 Meanwhile, at the coast..

…..but this time she's 100% above-board and legal!
The original text on Thursday 26th ran something like "Well said Jess.....even if a certain person wasn't present in the house to answer for his disgraceful behaviour yesterday.......", I then went on to mention that I was watching with interest, housework was on the back burner and I'd probably be having scraps for tea.......so nothing even vaguely satirical or entertaining (see below), just a personal political comment in the first sentence.

THE BACKGROUND......
On Thursday I had a blip, similar to this, suspended (and rightly so, because I'd taken a photo of the BBC Parliament webfeed, thereby infringing copyright.....so, believe me, this is NOT a criticism of blipcentral who do a great job in difficult circumstances!!). But on Friday afternoon I emailed the Parliamentary Recording Unit about the legality of doing something like this using their alternative videofeed (which appears to be identical to the one on BBC Parliament, but lacking the BBC banners) on parliamentlive.tv and whether it was covered by the Open Parliament License. I got a very helpful reply yesterday afternoon (yep, on a Saturday, I was WELL impressed!). It said....

“Thank you for your email, I apologise for the delay in coming back to you.

The recordings of UK Parliament proceedings are not covered by the Open Parliament Licence - but by separate broadcast licences.

It is acceptable to use images from the www.parliamentlive.tv stream - providing the image is not altered or cropped in any manner and the website is credited.  It is not permitted for any form or satirical or entertainment use.

The online recordings are only 1.3 mobs - so the image will not be great - it is sometimes easier to get images if you download the relevant segment using the download facility on the website and then taking the image from the downloaded recording.

I hope this information is of assistance.”

Well it was, so I did just that.....and if a 68 year old can do it anyone can ;-).
I hope this is equally helpful to other UK blippers, who like me, occasionally wax political ;-)